A great loss for Gender Partnership in San Francisco

A great loss for Gender Partnership in San Francisco

“We know we can, and must, do more to advance gender equity,
particularly women’s economic empowerment.”
MAYOR EDWIN LEE, 1952 – 2017

All of us who knew San Francisco Mayor Edwin Lee and his work are profoundly saddened by his untimely passing at age 65 early yesterday. For decades, Mayor Lee was a steadfast champion for women’s equality, gender justice, and civil rights. In 2017, he won one of the first Guys Who Get It Awards, an honor bestowed by our own Institute for Women’s Leadership. 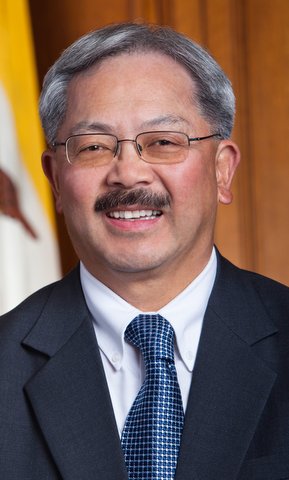 Mayor Lee was known for spearheading and co-hosting the first Bay Area Women’s Summit to encourage public and private sector organizations to make firm COMMITMENTS to improve opportunities for women. At the summit Mayor Lee pledged to:

Mayor Lee was passionate about supporting the advancement of women in the city and in county government. In fact, as of 2017, 58% of San Francisco’s government workforce was female, and women held many top offices, such as City Administrator, Fire Chief, Port Director, directors of the Department of Emergency Management, Department of the Environment, Department of Human Resources, and many more.

Mayor Lee also supported and helped shepherd paid parental leave practices, and increased minimum wage and support for female entrepreneurs. He worked in partnership with the Women’s Foundation of California and the Women’s Initiative in its mission to further the advancement and impact of women’s leadership.

“His commitment to ensuring paid family leave for all City employees and investments in high quality, affordable child care can mean only one thing – Mayor Lee was a feminist,” said Surina Khan, CEO, the Women’s Foundation of California.

I want to close this post with my personal tribute: “What moved me most about Mayor Lee was his uncompromising commitment to Gender Equality and Gender Partnership long before it was a popular stand to take. He was and always will be an exemplar of what is possible when governments role-model the full partnership of men and women.  We will so miss your leadership, dear friend!”

GENDER PARTNERSHIP, INSPIRATION, MEN WHO GET IT