Last week I wrote about the first of three very significant obstacles to gender partnership — ones that only women can remove.  The first obstacle I cited was anger, and the context shift I suggested to remove it was forgiveness. This week’s post reveals the second and third obstacles, suggests some strategic context shifts, and then offers some closing food for thought.

Before you read further, I challenge each woman reading these two posts to choose to hold herself accountable for addressing any of these obstacles that she recognizes in her own behavior or attitudes. We are all human — and we can all do better.

Context Shift #2:  Acting With and for Each Other

Sometimes we don’t reach out to help other women. This tends to be a behavior that has developed over time. In the past, many women operated from a scarcity model: There is not enough to go around. If you get yours, I won’t get mine. If you get ahead, there won’t be room for me. In truth, very few women were allowed to reach the top in the past.

Unconscious stinginess can also be a factor, particularly in women executives from the baby boomer generation: I made it the old-fashioned way through hard work and scrapping and pushing my way up. You need to earn your stripes; I’m not helping you get them.  Plain old jealousy can also get in the way of acting with and for other women: Why should I help her? She’s prettier than I am, or went to a better school, or they like her better than me.

Finally, since second-generation gender bias is unconscious, maybe we should consider whether we women have some too. Consider these research findings: 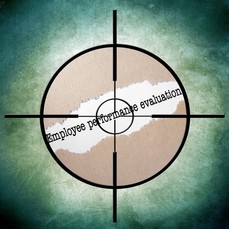 We can’t afford to let our own unconsciousness interrupt a social change as important as gender partnership. What kind of context shift can enable us to move beyond these all-too-human attitudes?

Here are a couple of suggestions. One is to choose to operate on the principle of 100% responsibility: If something (like gender inequity) happens on my shift, I probably have something to do with it, whether by acts of omission or commission. What am I doing that is hindering the transformation of the landscape for everyone? This calls for some real introspection, maybe even self-forgiveness: asking yourself, Do I have any of that going on?

Another context to consider is this: If I own the problem, I have the wherewithal to solve it.  If I accept some responsibility for women being disadvantaged in the workplace, I have the power to change that by changing my behavior. I can consciously choose to act with and for other women every time the opportunity arises. I can give someone a hand up or go the extra mile to clear her path. I can remind myself at every turn that we will stand – or fall – together.

Context Shift #3:  We Are Better Together

The last attitude blocking women from participating in full gender partnership is the belief that they would do better working on their own, without men to hamper them.

The truth is, women and men both have strengths. The difference is that women’s strengths have often been invisible, unarticulated, and unrewarded in the face of traditional perceptions of workplace competencies. There are also weaknesses to both sets of strengths, which is why the highest value comes from men and women working together.

Here is a list showing of the areas of competence most commonly found in the different genders.

These distinctions are not the result of anecdotal evidence. They are based on research about men’s and women’s brains and large studies of workplace behavior. Like it or not, each gender generally has strengths in certain areas that the other does not excel in. This dichotomy is why gender partnership has such a positive impact on business success.

But we can’t get there if we are busy denying that there’s any difference between us, or if we’re busy proving that we can do it all ourselves, without the other gender. We have to acknowledge that each gender’s strengths can bolster the others’. Heck, maybe we can even get jazzed that the guys can help us meet our business goals.

The Rule of Three

This is my offering to you: Three obstacles, three beliefs or attitudes to reflect on, three shifts to make in the context from which you operate in the world.

When we resolve always to act with and for other women…

And when we acknowledge that because men have competencies that most of us do not, we need their partnership…

Then we can act and interact from a mindset that opens the door to limitless possibilities.

We also become living proof that Aristotle was right:  1+1 really does equal 3.