You always told me I could do anything I set my mind to.  I believed you, and I have always wanted to make you proud. But now I really need your help. 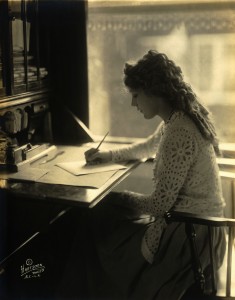 I feel like I have so much energy and ability and dedication to my job, but it’s not helping. I am so frustrated. I am not making the contribution I want to make. I am not growing my career. Is there something I can do?  Something I’m not seeing?

I’m tired of hearing that I’m slowing down the decision-making process when I ask questions about the “ecosystem” in which we are working.  For example, we’re in a meeting and the guys are all gung ho to take the mountain. I ask if they know what the weather patterns are in this area or if we have any data on the stability of the soil. It’s not that I don’t want to take the mountain – you know I do – but I want to be sure we succeed, not just make a brave attempt.

Yesterday we went out to lunch as a team. I asked the other people at the table what they were going to have. That’s my way of sampling from the buffet before I order. Suddenly the guys are telling me I’m indecisive and looking to follow someone else’s lead. Then that opinion gets shared back in the office.

Here’s another example. I see myself as being in the fire prevention business. I consider it a victory if I prevent a fire from breaking out. But the guys – being gung ho – inadvertently set fires, and then become heroes for putting out the fires they started. Their reputations shine.

Here’s a funny one (not ha-ha funny). I’m not considered ambitious. In fact, I’m fiercely competitive, as competitive as anyone I work with. But I’m always looking to compete with my last best effort. The guys, on the other hand, compete by shooting down my ideas, trying to show they are smarter. Sadly, it often works.

“I have hit the wall.  I have a lot to offer. I want to play with the big dogs. I want to make a difference. Should I leave? Should I try to change this place from within?”

Given the challenge of hiring top talent these days, I consider developing bench strength a core leadership competency, and I’m tired of getting accused of hand-holding and nose-wiping. Clear out the dead wood, they tell me.

Last one:  It seems like my male colleagues get offered opportunities and promotions because of their potential while I have to prove myself first.

For example, Glenn and I were hired at the same time. Because we went to college together, I know his capabilities pretty well. Not only did I get better grades than Glenn back then, but I was consistently chosen – over him – for leadership assignments in our senior year. Not bragging, just fact.

Once we were hired, Glenn got adopted by one of the senior partners as the golden boy. He gets taken to client engagements as a development opportunity, not because he particularly adds value to the meetings. I, on the other hand, just got told that in order to go on a “ride along” to some of our bigger clients, I will have to demonstrate that I can add value.

It’s as if the moment we got on board here, Glenn was an insider, and after four years, I am still an outsider. I don’t think management – or my male peers – are aware of what they are doing. Their bias is not intentional. They just don’t see what I see.

Yes, we have HR policies and programs in place to eliminate bias and encourage women’s leadership, but they’re not enough. The C-suite doesn’t get it. The guys don’t get it.

I have hit the wall.  I have a lot to offer. I want to play with the big dogs. I want to make a difference. Should I leave? Should I try to change this place from within?

You run a business.  You tell me. What do you do for the women at your company? At the very least, will you make sure that they don’t get stuck in the same position? Will you open the way for them, seriously commit to their being seen and treated as equal to men on the job?

And by the way – Happy Father’s Day! Thank you for being a great dad.