Good news for girls and the grownups who love them. Two new lines of female action figures will be released later this year. One features powerful female figures that personify bravery, honesty, persistence and other character traits. The other encourages young girls to enjoy and pursue the sciences 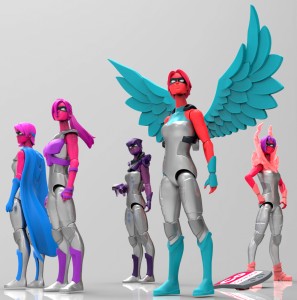 A new woman-owned, Kickstarter-funded company called IAmElemental is putting out a line of action figures that personify the elements of courage: bravery, energy, honesty, industry, enthusiasm, persistence and fear (you can’t have courage without fear).

These powerful figures are the brainchildren of Julie Kerwin and Dawn Nadeau, who wanted to give girls “a play experience in which they are the active agents in a story of their own design.” These fierce, strong females toys have a mythological slant in that they represent elemental powers, not cartoon or movie characters. 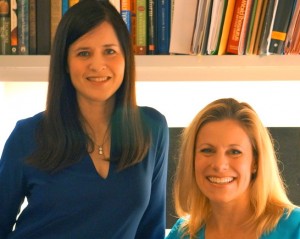 Their idea struck home – their Kickstarter campaign  was 200 percent funded within 72  hours, and as of today – with just six days to go – has raised nearly $99K more than their original $35K goal. The figures will be on the market by December.

Here’s the story behind these figures and the feisty entrepreneurs who conceived them.

Lego Wakes Up, at Last

“Media and toy companies have an enormous power to shape what children are socialized to accept as ‘normal,’ especially when it comes to gender roles.”

Lego has (finally) answered its socially conscious critics and produced a line of female figures that – unlike their girly 2011 “Friends” line – are not clad in miniskirts. Meet their “Research Institute” figures: an astronomer, a paleontologist, and a chemist. They were designed by geochemist Ellen Kooijman and will be released in August. 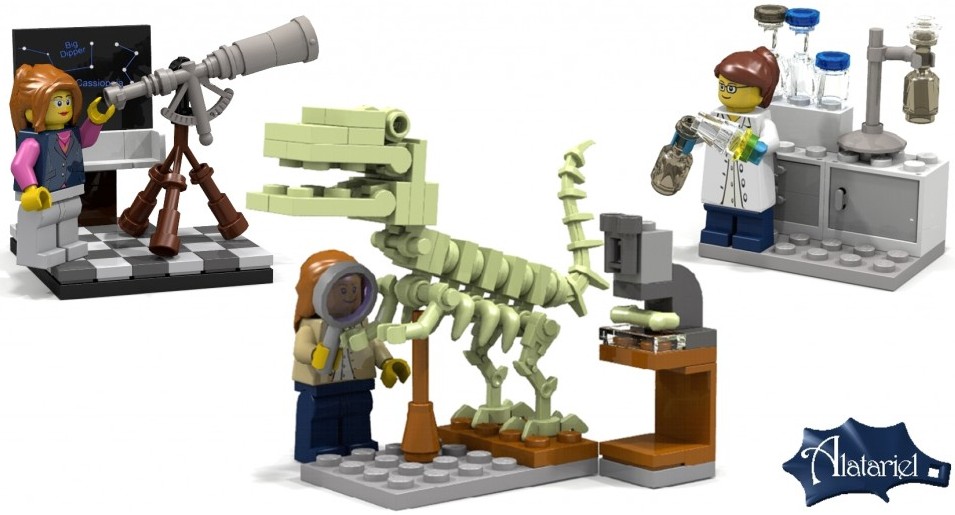