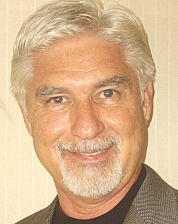 Ron Bynum joins IWL with more than 35 years experience as a management consultant working with Fortune 500 companies and executives in such diverse industries as computer technology and software, automobile, venture capital, energy, insurance, telecommunications, and financial services. He joined the Institute for Women’s Leadership in 2016 as a senior consultant.

He began his professional career as a senior executive with an international educational corporation, where he managed 32 domestic and international retail centers. In addition, he designed the corporation’s advanced learning programs.

In 1987, Ron started his own management consulting company and developed an extensive international practice with major corporations and start-ups. An expert in large-scale cultural change and breakthrough technology, he has served as  a trusted advisor for executives and senior leaders domestically and abroad. He has also been a sought-after trainer of trainers for large management consulting firms. He has personally trained over 300,000 people in his career, ranging from high-powered business leaders to youth at risk.

After studying physics and English at Texas A&M, Ron became an executive officer in the U. S. Army. He led an artillery battery in Vietnam and is a highly decorated veteran. Following his military service, he completed a Mastery of Management program through the business school at the University of Virginia.