Ignore Gender Balance and Go the Way of the Dinosaurs

Ignore Gender Balance and Go the Way of the Dinosaurs 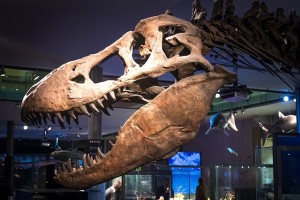 Guys, there’s a far-reaching movement afoot, and believe me, you want to get in on it. If you don’t, you’ll put your business at risk and miss out on huge opportunities to improve your wealth, your health and the well-being of your family and society at large.

The data is clear. Resolving the gender imbalance in business will increase your profits and boost the productivity of your teams. Companies with top-quartile representation of women in executive committees perform significantly better than companies with no women at the top. They also average a 47% higher return on equity and 55% higher earnings before interest and tax.

Resolving the gender imbalance also means you will retain the best talent and be able to compete and win in the 21st century. The Pew Research Center tells us that baby boomers are retiring at a rate of 15,000 a day for the next 10 years. 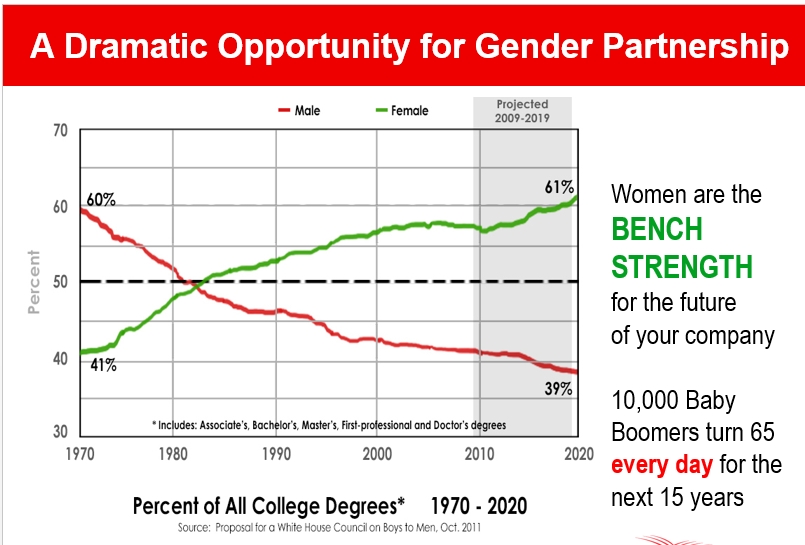 We know our universities are not graduating enough talent to replace them. What’s more, women now make up nearly 60% of college grads (which means men make up a scant 40%). This means women will be writing their own tickets at the companies that know how to include and reap the benefits of their education and complementary skills.

Resolving the gender imbalance will also give your company the internal expertise to understand, attract, and retain customers. Approximately 80% of consumer decisions (including choosing cars and buying electronics) are made by women. The big business opportunity of this century doesn’t just lie in China, India, and real-time data. It lies in women.

Ironically, it’s going to take men to resolve the problem.

A key barrier to resolving gender imbalance in business lies with the men who think this is a women’s problem and women need to fix it. Guys, here we are, telling women what they need to do: “lean in,” grasp new opportunities, negotiate harder, and speak up when they have a good idea.” Have you noticed this approach is NOT working?

The reality is, we men need to help fix the gender imbalance problem. We have the power and we are the gatekeepers. We do most of the hiring and nearly all the promoting. We need to get out there and help lead this movement. It is not only the smart thing to do, it is the fair thing to do.

Here are seven ways you can do that.

We all need to learn how to look out for and speak up for those who don’t get seen or heard. Only by enabling every contributor to have a voice will our companies thrive and our workplaces be productive, innovative, and exciting places to work for women and men alike.

More soon on how Gender Partnership dramatically and positively impacts our personal and family lives and society in general.

Ben Schick is a Senior Consultant with the Institute for Gender Partnership, founded by inclusion expert Rayona Sharpnack, who has been teaching Fortune 500, government, and nonprofit managers for 25 years the secret to achieving breakthrough results and achieving full Gender Partnership. Reach him at ben@genderpartnership.com.

BUSINESS CASE, GENDER BIAS, GENDER PARTNERSHIP, MEN WHO GET IT