Mike Kaufmann, a longtime IWL client and champion of Gender Partnership©, has been named the next CEO of Fortune 20 company Cardinal Health. We are so proud of Mike, reaching this pinnacle in his career, and I can tell you that he achieved it the old-fashioned way: through hard work, diligence, and excellent people skills. 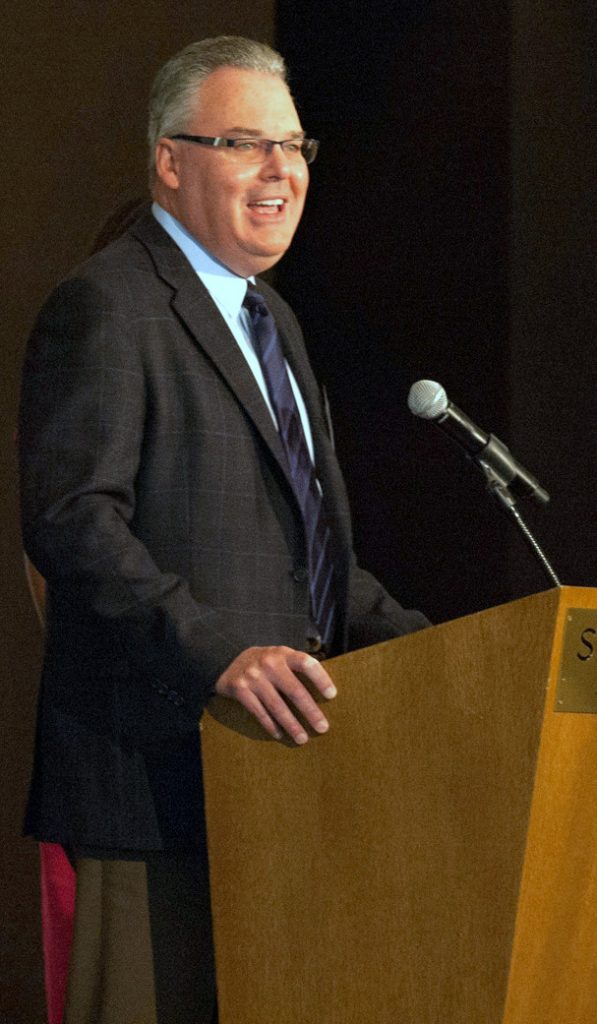 I came to know Mike through the Gender Partnership© Initiative at Cardinal Health. For seven years I’ve had the privilege of working alongside him as he took on changing the company culture to be more inclusive in general and specifically inclusive of men and women as full partners in Cardinal’s success.

Mike and his male colleagues who joined the Gender Partnership© movement went to extraordinary lengths to look in the mirror and deal with any blind spots or unconscious bias they may have had. Their goal was and is to make sure that women aren’t disproportionately disadvantaged in achieving their full potential and making their greatest contribution at work.

Mike was the winner of our first “Guys Who Get It Award” in March 2014. The award is given to an executive who has demonstrated exceptional courage and creativity in leading their enterprise towards full Gender Partnership©. Mike started with his own transformation and rapidly led other men and women within Cardinal Health to see Gender Partnership© as not only the right and ethical thing to do, but to leverage it as a competitive advantage for their company.

Mike joined Cardinal Health in 1990 as a controller and has held a number of senior operational, sales and finance roles since that time. When we first met, he was CEO of Cardinal’s Pharmaceutical Segment, a nearly $98 billion-a-year business. He was promoted to company-wide CFO three years ago.

“Being executive sponsor of the Women’s Initiative Network (WIN) in the Pharmaceutical Segment was one of my most challenging roles,” he recalls. “When I first started, I thought I knew a lot about Gender Partnership©. What I learned relatively quickly was that I didn’t know as much as I thought. I can’t tell you how many a-ha moments I’ve had with WIN.”

When someone at Mike’s level really gets it about the vital importance of Gender Partnership©,  it can be a game changer.

It challenged me to learn and find my blind spots with respect to Gender Partnership©. More importantly, it made me a better parent, partner, and leader,” Mike says.

Mike is widely known both at Cardinal and across the industry as an excellent mentor and sponsor.

“The idea of sponsoring is really powerful,” he says. “It means that people give 110%. This makes me and the company look good, and in return I promote them for stretch assignments and sometimes provide air-cover when things aren’t perfect. Sponsorship is how we will ultimately build a more diverse workforce.”

One of the great things about Mike being a Fortune 20 CEO who “gets it” is his increased ability to influence a culture of inclusiveness across the entire industry. When someone at his level really gets it, walks the talk, and has no problem asking other men to step up and walk the talk, it can be a game changer.

GENDER PARTNERSHIP, INSPIRATION, LEADERSHIP, MEN WHO GET IT, WOMEN'S LEADERSHIP