The words “1+1= 3” have been on my mind a lot lately, like one of those songs you can’t get out of your head. As a mathematical equation, it’s a bust. But apply this concept to what happens when women and men work, create, and build community together, and you’re onto something solid and real.

Let me tell you where I think we are right now in the process of achieving the substantial synergistic benefits of gender equity and point out three key shifts I think women must make to remove significant obstacles blocking our path. 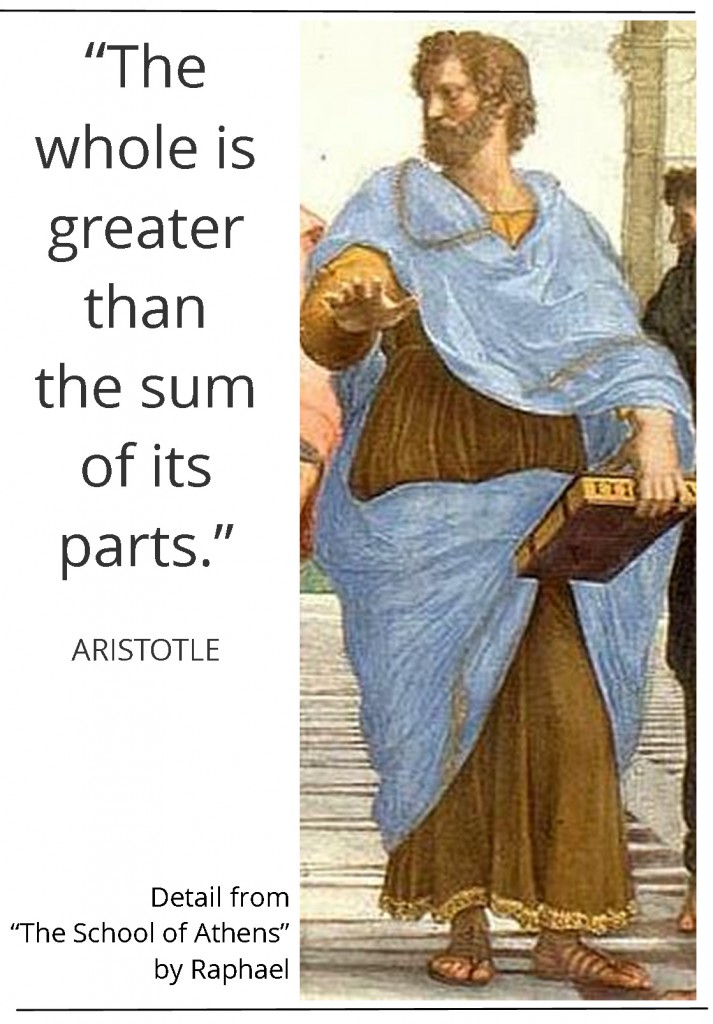 Just as the business case for gender partnership is now widely accepted, so is the fact that male leaders are essential to driving the changes that will make happen. Twenty years from now, we will look back and see that while the first wave of gender equality was driven by women, the second was spearheaded by men.

Why? Because men still have the most power in our culture, and that includes the power to change things. Men are also the best people to get other men to raise their consciousness, alter their behavior, and take the actions needed to ensure change takes effect.

This doesn’t mean women can just work on their leadership skills and wait for men to open more doors to them. There remain three significant obstacles to gender partnership that are theirs alone to address.

Removing these roadblocks will dramatically accelerate the pace of change and enable all of us to benefit sooner from the well-documented payoffs of gender partnership: better financial performance, better decision-making, more innovation, better products, higher productivity, and better talent retention.

Here are the roadblocks that we women need to own and remove:

I want to suggest a way to deeply examine and rapidly change these attitudes. It requires the use of the “secret sauce” I have been teaching women since the early 1990s, before most people even used the words “woman” and “leader” in the same sentence.

It is based on my two key beliefs. First, being an extraordinary leader is more about who you are than what you do. Second, the way to change who you are – quickly – is to uncover the context or unconscious mindset from which you are operating and consciously choose to operate from a new and bigger context.

As women we’ve spent our lives being undermined by gender inequity. I know younger women may disagree, but solid research shows that even today women are not only paid and promoted less than men, but they are judged more harshly in performance evaluations, held to higher standards in hiring, and subject to more difficult working conditions.

Because of this, there’s a kind of resolve we have taken on: If we want fair treatment, we are going to have to make it happen ourselves. After all, if men were going to step up, they would have done so by now.

We have to find a way to forgive the injustices of the past and allow men to come forward. Together we can do things more powerful than either of us can do alone. Of course we can find a guy or a group of guys who don’t “get it.” But we can’t afford to let the unconsciousness of a few interrupt the partnership of the many.

If you’re busy saying, “Hell, no!” to this first step, I ask you to begin your context shift by making the distinction between impact and intent. It’s probably fair to say that the vast majority of men in corporate America have no conscious intent to disadvantage women. It’s not as if they had a secret meeting and decided to be unfair to us. Most men aren’t aware of second-generation gender bias, which is the biggest hurdle we face now; it is unconscious.

If you accept that there is no intent, you have a chance to shift your context. A conversation with yourself might go something like this: “Do I want to keep blaming men for the impact gender inequity has had on me and on other women? Or can I come from a compassionate context and see that most of them were enculturated to play this role? They were raised from infancy to take first place, interrupt others, assume they are right, raise their hand when they aren’t qualified, and take what they want without pausing to consider others.”

The new context I am suggesting isn’t a personal one (“I forgive Howard for not promoting me”). It is absolution for having been raised in a different culture – the dominant culture – that brought with it power, opportunity, entitlement and privileges. (It also brought with it suffocating responsibility, but this is not the place to discuss it.)

It’s not easy to forgive getting paid less when you start your career and therefore less throughout the course of it, yet we have to admit that no one person is culpable. What I’m suggesting, however, is not that we accept the situation, but that we lay down our grievances and work in partnership with men without any lingering bitterness.

I’ll talk in depth about Obstacles #2 and 3 next week. Check back then, or — better yet — subscribe to this blog and a link will automatically be delivered to your In Box when the second part is posted. (The subscription box is in the upper right corner of this page.)