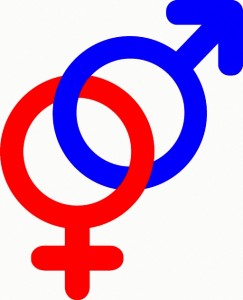 Nearly 30 years ago, a top magazine editor named Gay Bryant wrote, “Women have reached a certain point — I call it the glass ceiling. They’re in the top of middle management and they’re stopping and getting stuck.” The sad fact is, most professional women are still hitting the glass ceiling. It just has a new name, as Harvard Business Review Editor Amy Bernstein points out: It’s called “second-generation gender bias.”

“The days of blatant discrimination are (mostly) behind us,” Bernstein says. “Today, it’s more like a glass obstacle course of a hundred hard-to-see hurdles.” It is essential for women’s leadership — and for the financial success of the companies that employ them — that we find ways to get women past these invisible barriers and into the roles their talents have earned them.

As someone who has been teaching, consulting, and advocating for women’s leadership at Fortune 500 companies for 20+ years, I have observed what may be a hard truth to hear: Women can’t — and won’t — advance to full gender partnership unless they engage men to spearhead the effort.

Men hold the vast majority of executive leadership positions across all sectors. As key stakeholders, they can contribute enormously by confronting the very institutions that sustain gender inequality. A recent study by Simmons School of Management confirmed that the most effective help women received in countering second-generation gender bias came from their male bosses.

In addition, achieving gender partnership almost universally requires a corporation’s culture to change. Change on that scale must be driven from the top. Who’s at the top (mostly)? Men.

2.  Two Genders Are Better Than One

Second, the reason why companies with a higher proportion of women in leadership positions do better financially is not because women are necessarily smarter or better educated or work harder. These companies prosper because they are utilizing the innate talents and learned skills of both genders. Why would we women not want to do the same thing?

3.  They’ve Got the Numbers

Finally, we need more people championing the cause of women’s leadership. We need to increase our numbers, our influence, and our power. Why ignore a pool of readily recruitable talent, the people I call “men who get it.”

There are far more men like this than you might imagine. This is another thing my years in women’s advocacy have shown me. Our best opportunity for getting and keeping our cause back on the front burner is to awaken, educate and engage male leaders in being champions for change.

We need to inspire and equip these men to eliminate the individual and institutional blind spots that are preventing full gender partnership. We need to talk with them about honor — always a powerful motivator for men. We need to remind them that they have talented daughters coming along who will face the same barriers if their dads don’t start taking action now to change things. We need to instill them with pride about this mission, and give them the opportunity and the support to build gender-equitable organizations.

A little over a year ago, Warren Buffett won the heart of every woman in this country when he said, “America has forged [its] success while utilizing, in large part, only half of the country’s talent… We’ve seen what can be accomplished when we use 50% of our human capacity. If you visualize what 100% can do, you’ll join me as an unbridled optimist about America’s future.”

Let me paraphrase that call to action:

“Women have forged their progress in the workplace while utilizing, in large part, only half the talent available to them. If you imagine what can be accomplished with the support of 100% of our human capacity, you’ll join me as an unbridled optimist for full gender partnership.”

Image created by Miraceti (From English Wikipedia), via Wikimedia Commons

GENDER PARTNERSHIP, MEN WHO GET IT