Brain research is giving a whole new meaning to the term “the opposite sex.” And it is in this marriage of opposites that a whole new level of human progress—and financial success—can be found. Men’s and women’s brains are hardwired to complement each other. They are, in fact, built for partnership. 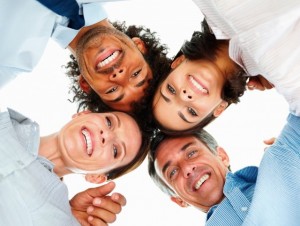 For more than 20 years, I have been training women leaders and working with Fortune 500 companies, government agencies, universities and non-profits to advance women’s leadership. Early on, male colleagues of the women I trained began asking for the same type of leadership coaching. These resulting mixed gender leadership courses gave me the chance to observe the male and female brain in action, side by side, responding to and integrating identical information and stimuli. The significant differences I saw are now supported by recent brain research.

For 40-odd years, since the women’s movement lit a fire under the issue of equality, we’ve made the mistake of thinking equality means sameness. The fact is, men’s and women’s brains are not the same. Their brains are structured differently, resulting in sometimes dramatically different ways of thinking and acting.

Why aren’t you listening to me, she silently fumes, heat suffusing her face.

Why is she still talking, he asks himself, unconsciously shaking his head.

Though these differences often result in miscommunication, misunderstanding and even scorn for each other, when these two types of brains work in full partnership, they are statistically better at solving problems, innovating, and making money. In fact, companies with a high representation of female board members (three or more) working side by side with their male colleagues over a sustained period of time significantly outperform companies with low representation, showing a 46% higher return on equity, a 60% higher return on invested capital, and an 84% higher return on sales.

So how do we get past the hurdles so we can appreciate the different strengths the opposite gender brings to the table? I believe the answer lies in understanding, at least a little, how men’s and women’s brains can drive them to think and act in different ways in the workplace.

What follows is a brief layperson’s guide to the biological factors at play. It is not meant to define or limit individual men or women (in fact, though rare, some people are dual-brained, and other influencing factors may come into play). It is meant to share current knowledge about brain differences and resulting general tendencies and behaviors. It may also remind you to reconsider the next time you think the opposite sex is doing or saying something arrogant, dismissive, stupid, wishy-washy, scattered, or just plain wrong.

In men, the inferior parietal lobe is larger on the left side of the brain. This fact drives them to prefer to solve problems on their own, work on tasks sequentially and gauge their success by what they themselves accomplish. In women, the same structure is larger on the right side of the brain, which disposes them to be relationship-oriented, drawn to collaboration and alliance building. Women tend to gauge their success by what their team accomplishes. “I did it!” a man declares. “We did it!” a woman beams.

Men tend to use the left side of their brains: the logical, analytical and objective side that is in charge of verbal reasoning. This is how they tend to understand and approach the task or problem before them. Women use both the left and right sides of their brains at the same time, giving them a wide view of the situation. (The right is the thoughtful, intuitive and subjective side.) They tend to perceive the parts of the task or problem as connected and dependent on each other, and approach them through interpersonal communication. To paraphrase Pascal, we might say, “Insight has reasons that reason does not know.”

Because the hippocampus is larger in women, they are better at processing emotional experiences and storing them in long-term memory. This can also enable the ability to better remember past experiences and see the similarities and connections between them and the issues at hand. In men, the amygdala is larger, which is connected to a tendency to focus on external factors (rather than internal ones) and take action immediately. Women want to stop and find connections, consulting their long-term memory before deciding how to respond. Men want to jump up and solve the problem right away. This is how their respective brains are built. Both faculties are essential to success. Cut short the exploratory phase of a product launch and you can end up with huge support problems. Let that phase drive the project and you risk missing your release date and possibly your market opportunity.

When women think about an issue, the structure of their brains prompts them to consider more variables, ask questions, try on more options and consider a broader range of solutions. To a man, this affinity for consequential thinking can look like an inability to focus, uncertainty or risk-aversion. This is because the typical male brain works pretty much the opposite way. It analyzes thoughts sequentially, as separate entities, dismissing those deemed irrelevant and moving on to the next in a fairly straight line. To a woman, this can come across as high-handed and risk-prone.

Selectively ‘On’ vs. Always ‘On’

Men have more gray matter, women more white matter. Gray matter is where information is processed. White matter contains the nerve fibers that connect these information-processing centers. As Barbara Annis and John Gray explain in their excellent book, Work with Me: The 8 Blind Spots Between Men and Women in Business, this means “men tend to have a higher capacity to do centralized information processing (like math), while women tend to excel at integrating and assimilating information from those centers (language learning, consequential thinking)… Women’s brains are built to connect, communicate, and express feelings. A man’s language and listening centers are very active when he is working on a task, but once it is accomplished, these areas of his brain are far less activated.” Why aren’t you listening to me, she wonders. Why is she still talking, he asks himself.

If we can keep in mind (no pun intended) that many of the differences between how men and women think and act are related to physiological differences in our brains, we can open ourselves to learning from those differences instead of criticizing those differences. Only then will we discover the huge benefits that gender partnership can reap. To once more quote Annis and Gray, “Great minds don’t always think alike; great minds often think differently.”

Reprinted from a post I wrote a few months ago for Widen the Circle, an organization dedicated to making the Columbus, Ohio, region the best place in the country for women to grow their careers.