Sometimes in the rush of day-to-day demands, we have to stay focused on the details – the small picture – to get everything done. It’s necessary, but it often prevents us from remembering the big picture, the broadest context in which we are working.

This is the time of year when I take time off to refresh, reflect, and renew my energies. It’s the perfect time to re-ground myself in the big picture.

Let me tell you a story that speaks to this. 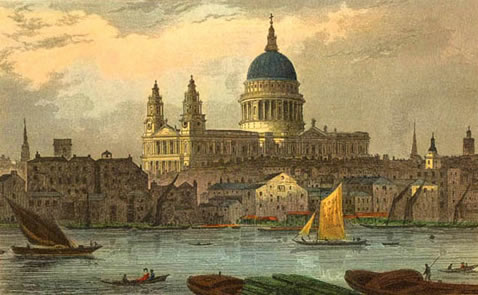 In 1666, the Great Fire of London destroyed most of the city and reduced its venerable Old St. Paul’s Cathedral to charred timber and rubble. The famous architect Sir Christopher Wren was hired to design a new church. After many plans and revisions, construction finally began in 1677. Thomas Strong, Wren’s master stonemason, laid the first stone of the new cathedral.

One day Sir Christopher was surveying the progress the men were making. He stopped at one stonecutter and asked him what he was doing. 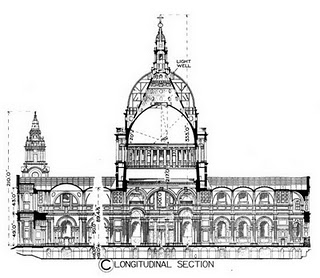 Wren’s elaborate plans for the dome of St. Paul’s

Sir Christopher wisely moved on. He approached a second stonecutter and asked the man what he was doing. “Why, I’m earning a living to feed my family,” he replied, apparently puzzled that anyone, least of all the boss, should need to ask.

Then Sir Christopher spotted a third stonecutter, very intent on his work. “What are you doing, good sir?” asked the architect.

The man looked up at him. He was covered with stone dust and his hands were heavily callused. He looked tired, but he looked satisfied, too. “I am building a monument to the glory of God.”

The joy and satisfaction we take in our work depends in large part on the deepest context in which we hold it. For me, the context in which I hold everything that IWL does is to create a safer, fairer, and freer world for all our children and grandchildren.

There’s not much I wouldn’t do to make that vision a reality. Heck, I’d even take a vacation when there’s a lot of exciting and challenging work I want to do!