Several encouraging news items about women’s progress have been making the rounds lately, but for me, the headlines aren’t enough. I decided to take a deeper look at some of these events and learn more about the women behind them.

When did doing something ‘like a girl’ become an insult?

You have probably already heard about the documentary-style ad on YouTube called #LikeAGirl.  It was posted on June 26 and has now been viewed more than 35.5 million times.  In it, men, women and a little boy are asked to show what they think it looks like to “run like a girl,” “fight like a girl,” and “throw like a girl.” Then little girls are asked to do the same thing.

Needless to say, the first half of the video is painful, the second absolutely inspiring. 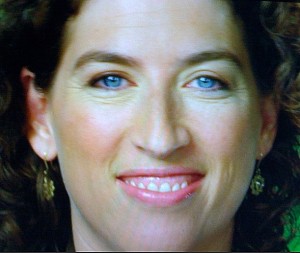 Lauren Greenfield, the Sundance- award-winning creator of the documentary “The Queen of Versailles,” who directed the #LikeAGirl video, said, “In my work as a documentarian, I have witnessed the confidence crisis among girls and the negative impact of stereotypes first-hand. When the words ‘like a girl’ are used to mean something bad, it is profoundly disempowering.”

Procter & Gamble, sponsors of #LikeAGirl, claim they are “kicking off an epic battle to make sure that girls everywhere keep their confidence throughout puberty and beyond, and making a start by showing them that doing it #LikeAGirl is an awesome thing.” The video promotes the Always line of products.

No matter P&G’s true motives, this video is a gift to girls everywhere.

Then Rear Adm. Howard addresses sailors and marines in 2009

She described her responsibilities as encompassing “the whole scope of the Navy.” In addition to racking up several firsts as a woman (and an African American woman) in the Navy, Adm. Howard has earned the respect of her sailors. In 2009, The New York Times reported, “only days into her new job as commander of a counterpiracy task force based in Bahrain, pirates hijacked the container ship Maersk Alabama off the coast of Somalia.”

“By radio, Admiral Howard coordinated the rescue of the ship’s commander, later depicted in the movie Captain Phillips. Admiral Howard’s tickets to the film’s Washington, D.C., premiere are framed in her large Pentagon office.”

Someday talking about “first women” will be old news. For now, let’s celebrate it. The American Institute of Architects’ has just awarded its 2014 Gold Medal to the beloved San Francisco architect Julia Morgan (1872-1957), the first woman to receive the honor.

Morgan is best remembered as the ever-patient architect of William Randolph Hearst’s castle in San Simeon, CA, but there is a lot more to her story. Morgan graduated from University of California at Berkeley in 1894 with a degree in civil engineering. She was the only woman in her engineering class. 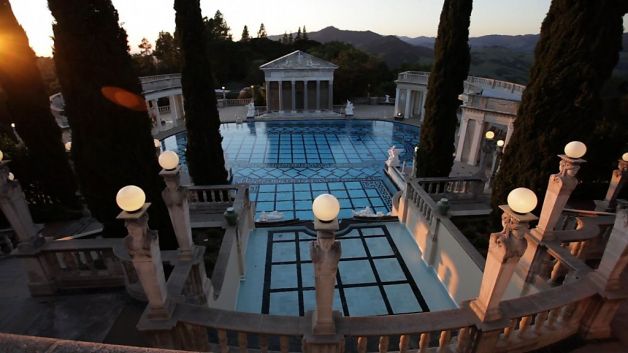 Next, “At a time when it was still unusual for women to go to college,” says Apartmenttherapy.com, “she became the first woman to graduate from Paris’ prestigious Ecole Des Beaux Arts, and the first woman to be licensed as an architect in California.”

“By the time she retired in 1951 at the age of 79, this unassuming woman, who never talked to the press or sought publicity, had designed over 700 buildings and left a lasting architectural legacy.”

In fact, 21 of her buildings are on the National Register of Historic Places or are National Historic Landmarks. “My buildings,” she said, “will be my legacy. They will speak for me long after I’m gone.”

“The Gold Medal is [given] for a variety of reasons – the influence of an architect’s career on the profession and the environment,” said Robert Ivy, the AIA’s executive director.  “This is an excellent architect who also inspired generations of women and men.”

Photo courtesy of the Hearst Corporation

Betting on companies with women at the top

Last month I reported on the Pax Ellevate Global Women’s Index Fund, which invests in companies with more women on their boards and in top leadership positions.

The index includes U.S. companies with a female CEO or a board of directors with at least 25% women. Fortune reports that “The idea… came about 18 months ago from two young women directors who noted studies showing that companies with gender-diverse leadership outperform those with less diversity.”