Yes! Signs of a Culture Evolving

Yes! Signs of a Culture Evolving 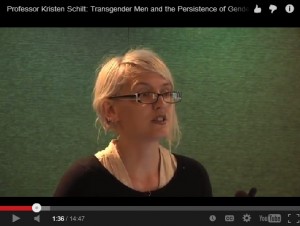 Sometimes when you go looking for information, you find more than you bargained for. I experienced this recently when I read about a study by a University of Chicago sociologist in which transgender men (women who have become men) talked about the differences between the way they were treated in the workplace as women and then, later, as men.

Assistant Professor Kristen Schilt conducted in-depth interviews with both transgender employees and their coworkers. The results may have been predictable to those of us well aware of second-generation gender bias, but they were still disheartening.

As one transgender man explained, “I’m right a lot more now.” Another man, now named Thomas, was “Susan” before he transitioned. Clients were told that Susan had left the company. One man who used to interact with Susan told Thomas’s manager he had made a good decision to let her go. She was incompetent, he said, while “the new guy” Thomas was not.

Schilt published her study results in Just One of the Guys? Transgender Men and the Persistence of Gender Inequality.  You can also watch Schilt speak at Stanford on the subject in this YouTube video.

After being disheartened by the experiences documented in Schilt’s study, I really needed some positive news.  I found it in several signs of our culture evolving!

First up is a new video from Pantene, the folks that gave us last year’s “Labels Against Women.” That video — which was actually an ad — showed how identical behavior by men and women in the workplace gets labeled differently (“persuasive” vs. “pushy,” for example).  It has been watched more than 46 million times on YouTube.

The new one-minute ad is entitled “Not Sorry” and it addresses the question, “Why are women always apologizing?” It’s painful to watch at first, then wonderfully enlightening. I’m not going to say any more — go watch it!

Kudos to Verizon, Too

Meanwhile, Verizon has created an advertisement called “Inspire Her Mind, which “tells the story of a girl who grows up being very subtly (and probably unintentionally) discouraged from pursing her interest in science. It is very well done! Take a minute and watch.

Well-Deserved Recognition for an Early Woman in STEM 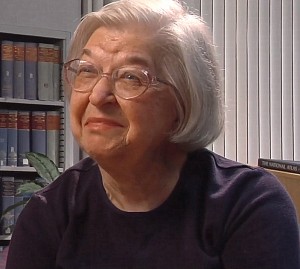 The organic chemist whose research led to the invention of Kevlar passed away earlier this month, and I was happy to see her widely honored. Stephanie Kwolek was a DuPont scientist who in 1965 invented on a liquid crystal polymer that, when dissolved in solvent and pressed through a device like a very fine colander, became a fiber five times stronger than steel, ounce for ounce. Kevlar is used today in bullet-proof vests and body armor.

DuPont CEO Ellen Kullman called Kwolek “a creative and determined chemist and a true pioneer for women in science.  She leaves a wonderful legacy of thousands of lives saved and countless injuries prevented.”  Kwolek, who started working for DuPont in 1946 as way to earn money for medical school, was inducted into the National Inventors Hall of Fame in 1995 and received the National Medal of Technology in 1996, among other honors.