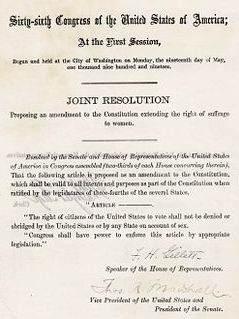 The amendment to the U.S. constitution that granted women the equal right to vote was first proposed in 1878. A long 42 years later, it was certified as law in the form of the 19th Amendment when Tennessee became the 36th state to ratify it.

As the National Archives website says about that event, “While decades of struggle to include African Americans and other minority women in the promise of voting rights remained, the face of the American electorate had changed forever.”

In 1971, at the urging of outspoken Rep. Bella Abzug, the U.S. Congress designated August 26 as “Women’s Equality Day” to commemorate the passing of the amendment.

In his proclamation yesterday about the event, President Obama said, “Women are succeeding like never before. Their contributions are growing our economy and advancing our nation. But despite these gains, the dreams of too many mothers and daughters continue to be deferred and denied.”

To celebrate this day, Catalyst, an organization renowned for its dedication to moving women into leadership roles in business, created a graphic showing the significant milestones in the struggle for women’s equality.

Take a look and give heartfelt thanks to all those who have gone before. Then recommit yourself to moving forward. We may have come a long way, baby, but we’re not there yet.